Some Final Thoughts on the C&O Canal and Towpath, err… Well, a Rant, Actually

I won’t mince any words. In my opinion, for whatever it’s worth, the National Park Service (NPS) is not up to the task of caring for the C&O Canal and Towpath.

I say that as a one-time visitor to these places, and thus not as someone who can talk about what I saw while riding the Towpath’s length east to west against the backdrop of many years experience. I know, therefore, that I run the risk of just having experienced conditions there in the midst of a particularly bad year, but I’ll go out on the limb a little bit and say that I really don’t believe this to be the case. Yes, I know. There’s been really bad flooding this year. But the flooding, as best as I could tell, really only impacted my bicycle ride on the Towpath in one place: the washout of a culvert just east of Brunswick, Maryland.

The rest of the things that I saw looked nothing so much as being the product of indifference to basic maintenance tasks. I’ll take a minute to provide some background, then explain. 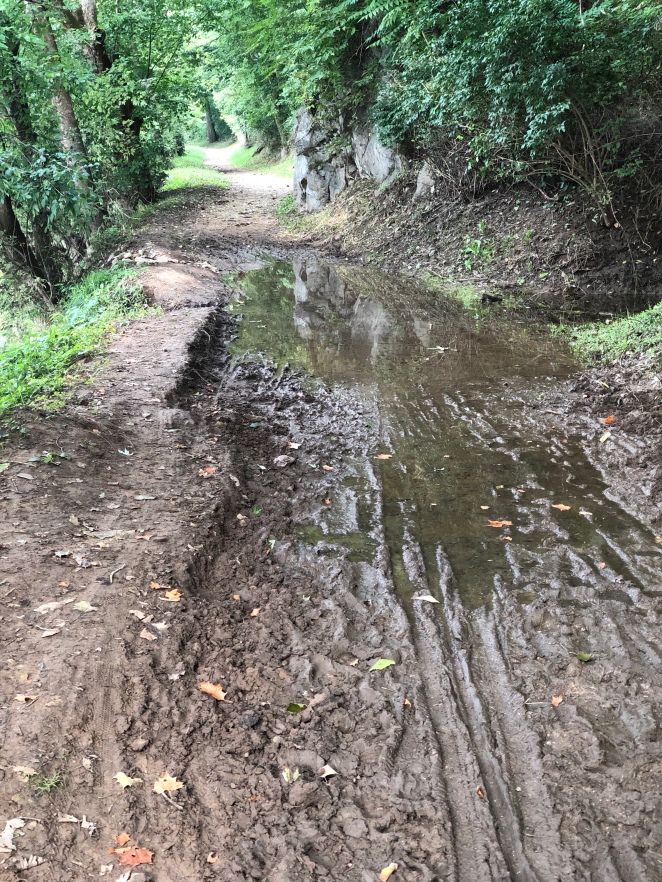 I have believed for years that it in general is time for the NPS to stop expanding- in other words, to stop acquiring and otherwise creating new park units- in favor of taking better care of the ones that it is currently entrusted with. Most people equate NPS with the big national parks: Yellowstone, Yosemite, Rocky Mountain, Acadia and the like. Did you know, though, that the NPS has a Rosie the Riveter National Historical Park unit? A Thomas Edison National Historical Park Unit? I’m not saying that these places do not deserve preservation. I just don’t think we need to be preserving anything and everything of even modest national significance- say the LBJ ranch, now the Lyndon B. Johnson National Historical Park- while basic visitor amenities in Big Bend and the Great Smokies are left to rot. 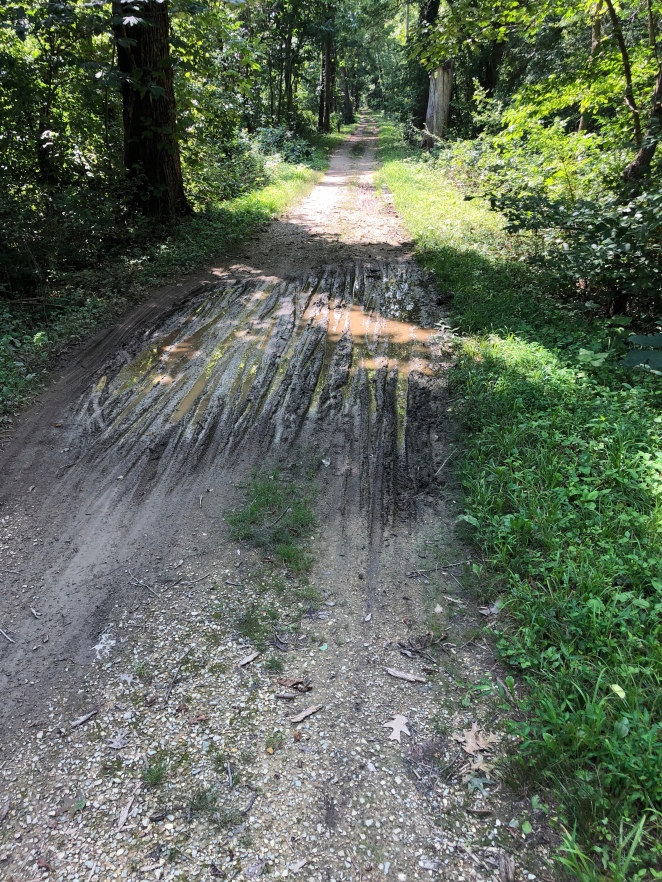 Now, I’m not saying that we should make the Park Service divest itself of any unit that it now operates and manages. We don’t need to turn back the clock like that. We just need, in a day and time where operation and maintenance funding are basically flat, to stop with the new stuff, OK?

I think that a second big issue that affects the NPS generally is that it tends to spend the bulk of its budgeted money on “showcase” items at its units as opposed to on more mundane stuff like repairs and upkeep. This is, as has been pointed out on a Facebook cycling group I post to, common sense from a bureaucratic standpoint. What looks better on a unit administrator’s resume?:

Not hard to figure out, eh? I’d bet that the majority of the funding that every park unit gets that isn’t spent on salaries and the like gets spent like this. I saw several big projects ongoing while I was cycling along the C&O Canal and the Towpath. 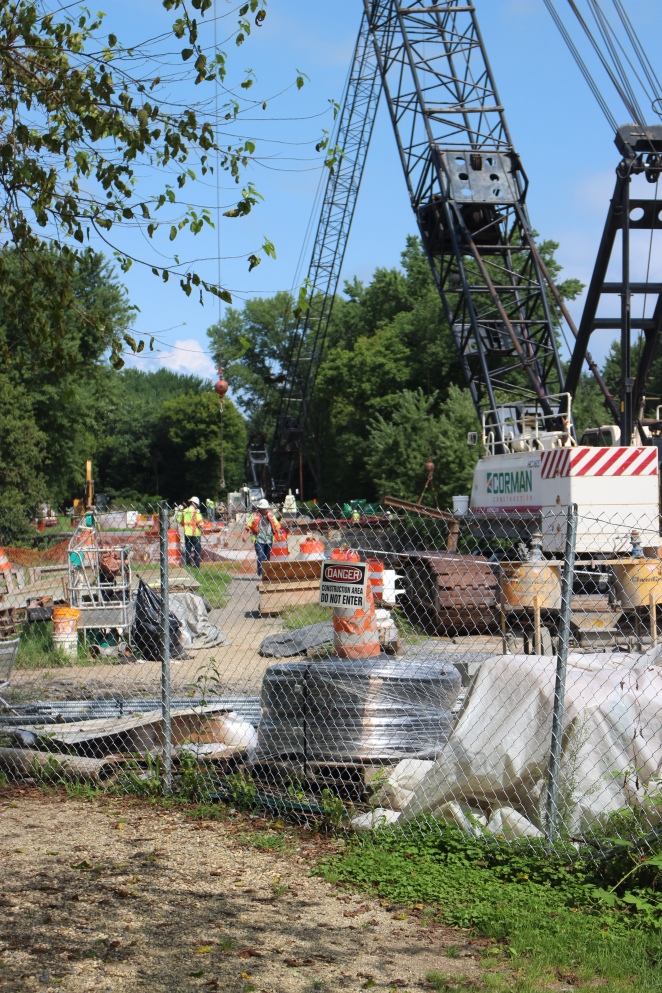 The only small stuff I saw getting done the entire time I was riding the Towpath was a crew of guys pumping the Porta-San at a Hiker/Biker campsite. 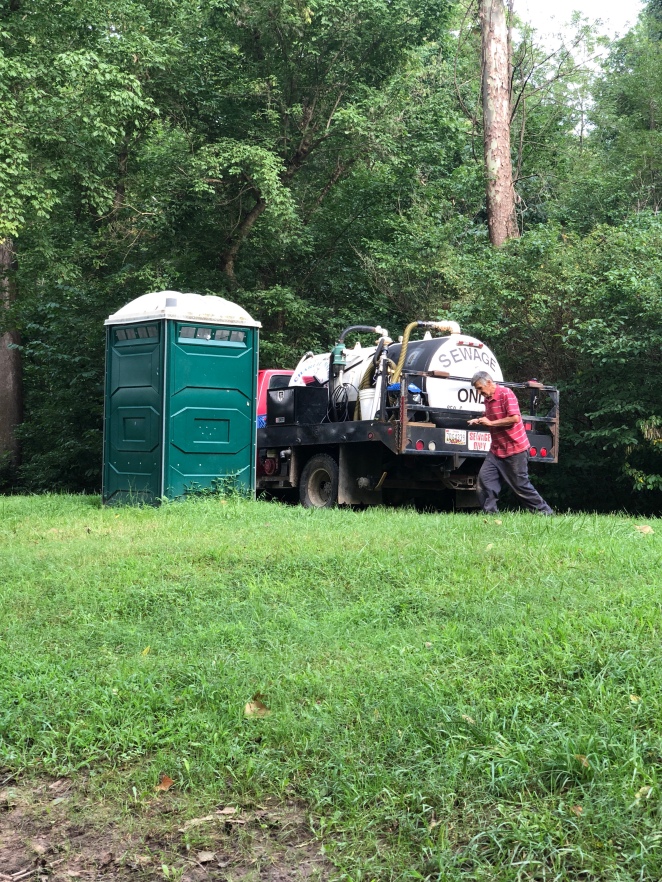 Now, I’m not going to get drawn off into an argument about historic preservation, except to note that the Park Service seems to be bipolar about it. Some things are restored back to the Canal’s operational heyday, when everything was fairly new and pristine.

For other things, the relevant “back to” preservation date is sometime in the 1960s after the Canal had been abandoned and neglected for almost half a century.

In some places the Canal is preserved more or less intact. 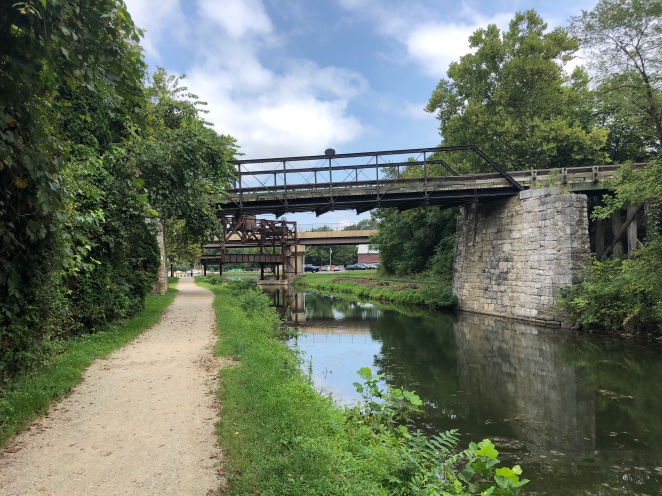 In others it has just reverted to being part of the surrounding forest, 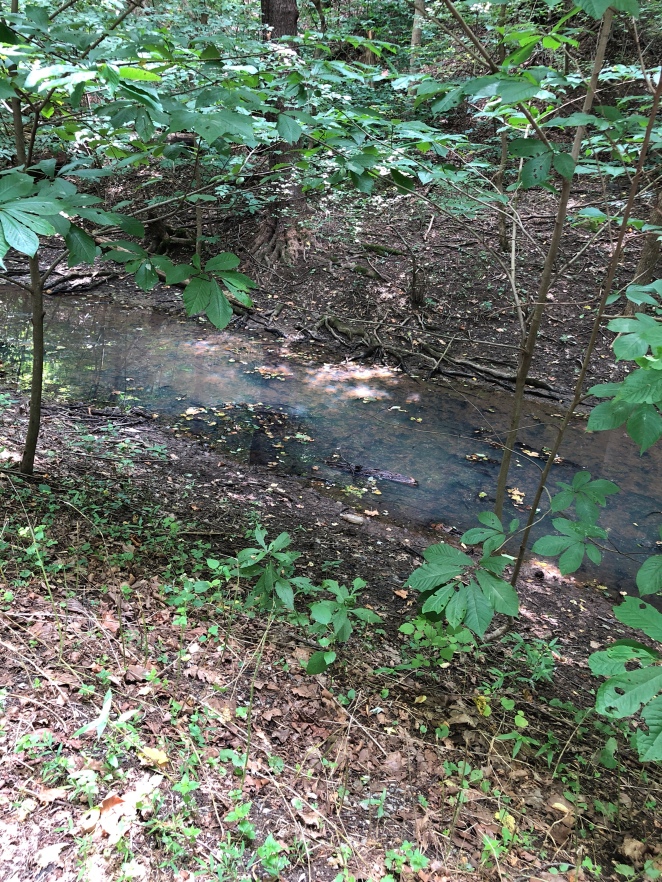 In some places you wouldn’t know you were riding next to a canal at all.

So, to all the folks who responded to my comments on Facebook by saying that more aggressive maintenance would alter the historic character of the Canal and Towpath I respond here with “which particular character do you wish to preserve?” I, for one, think that all the trees and vegetation that have grown up in the bed of the Canal and all the trees between the Towpath and the Canal need to be removed. The Canal bed should be restored as much as possible to its original built configuration. Doing this consistently down the entire Canal and Towpath would at least unify the preservation experience sometime in the years before abandonment. It may well have the collateral effect of helping the area deal with flooding, in that it would likely promote better drainage of the Canal prism.

I spent the night at a very nice guesthouse in Cumberland, Maryland, the city at the end of the C&O Canal and Towpath. Every single other guest I spoke with while there, about ten in all, had come to Cumberland in connection with riding bicycles on the Towpath. One couple had come all the way from near Toronto, Ontario to do this. The ones who had been on the Towpath already were uniformly horrified by its terrible condition. 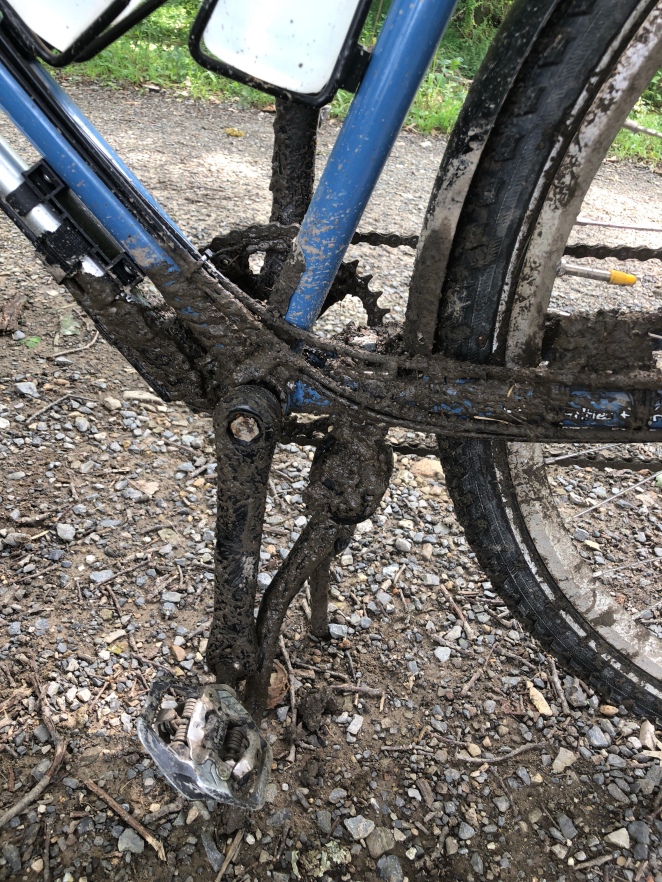 One person started down the Towpath but was so appalled by the puddles and mud the he turned around and rode on the Great Allegheny Passage (GAP) rail-trail instead. Other people who were there were considering changing their plans after listening to those who had been out riding. This sort of thing is a disaster in the making for Cumberland and for other cities along the Canal and Towpath, as a great deal of community effort has gone into promoting the Towpath as a premier bicycle touring destination.

So, what would I do if I was in charge?

First and foremost I would establish a dedicated pickup truck run that would go up the Towpath one day from end to end, and the back again the next, six days- three round trips- a week all year long. In addition to the driver/worker, the truck would contain a load in back of crushed limestone and a shovel, along with a chain saw and a can of gas. The driver would carry a notepad or tablet computer for taking good notes on the condition of the Towpath, the Hiker/Biker sites, and anything else along the Canal that needed attention. The driver would also have a camera to document these things. At each puddle or mudhole, the crushed limestone would be shoveled into it until the surface there was reasonable dry and level. The notes and photos taken each day would be circulated to all park staff and would be required reading for the superintendent on down.

I would remove all the trees and vegetation as described above.

I would look at the model established by the Appalachian Trail unit of the NPS of securing agreements with local volunteer organizations and other non-profit entities to do routine Towpath care and maintenance.

I would establish a liaison with the Great Allegheny Passage (GAP) rail-trail organization to learn the means and techniques of that trail’s generally excellent care and maintenance, which are accomplished on a modest budget. 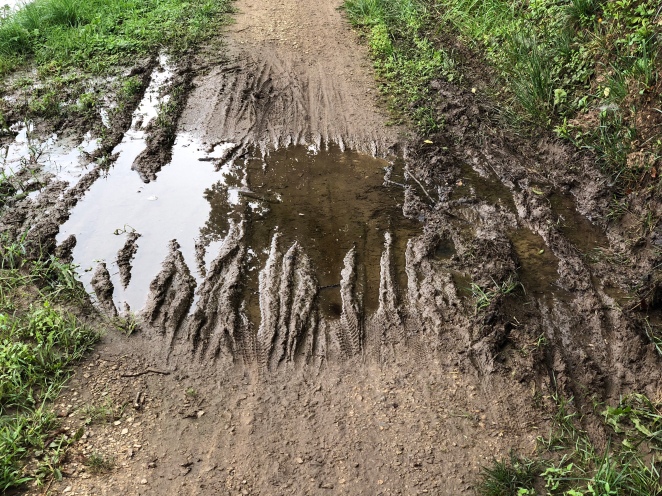 I would revisit the imposition of a user fee of $30 or so a year for all users- cyclists, joggers, walkers, whatever, of the Towpath and those using other park facilities west of the urban limits of Georgetown. Users would, on payment of the fee, be issued a ski lift ticket-style hang tag to wear while within the park at any location. Fines for not having and wearing the tag would be onerous, starting at, say $500 for a first offense. It is ridiculous that the rest of us rubes out in flyover country should have to pay to visit the national parks in our backyards while the privileged elite in D.C. and northern Virginia should have their own little playground supported entirely at public expense. All user funds and fines generated would be dedicated to operating and maintaining the Canal and Towpath, and it should be a condition of establishing the user fee that the Park Service would not be allowed to reduce the funding allocated to the park below its historic proportional share of the NPS budget.

And there you have it.

One thought on “Some Final Thoughts on the C&O Canal and Towpath, err… Well, a Rant, Actually”