Today I didn’t do much of anything except hang out at a picnic table watching the Ohio River go by on a planned rest/slack day.

I’m pretty sure, even now that I’ve reached full social security age, that I don’t need to take one day off out of every seven or so when I do a long tour. Need, that is, from the standpoint of my poor old body needs that 24 hours of down time so that I can get back on the road the next day all rejuvenated and such. I figured this out on my Atlantic Coast ride two years ago when I hammered out thirty 50 mile/80 kilometer or so days in a row at the end of the ride because I’d promised my wife I’d be in Key West on the 10th of November.

So no, it’s not that. It’s also, sad to say, not for allowing me to explore a place in more depth as I pass through. That sounds good, and I’ve actually tried to plan for doing that, but it’s just never really worked out like that. I wind up just sort of hanging out on those days- my motivation to be a real tourist just never seems to be there. On this trip I did more looking around Harpers Ferry on the day I left while I was riding back through it than I did my entire rest/slack day the day before. 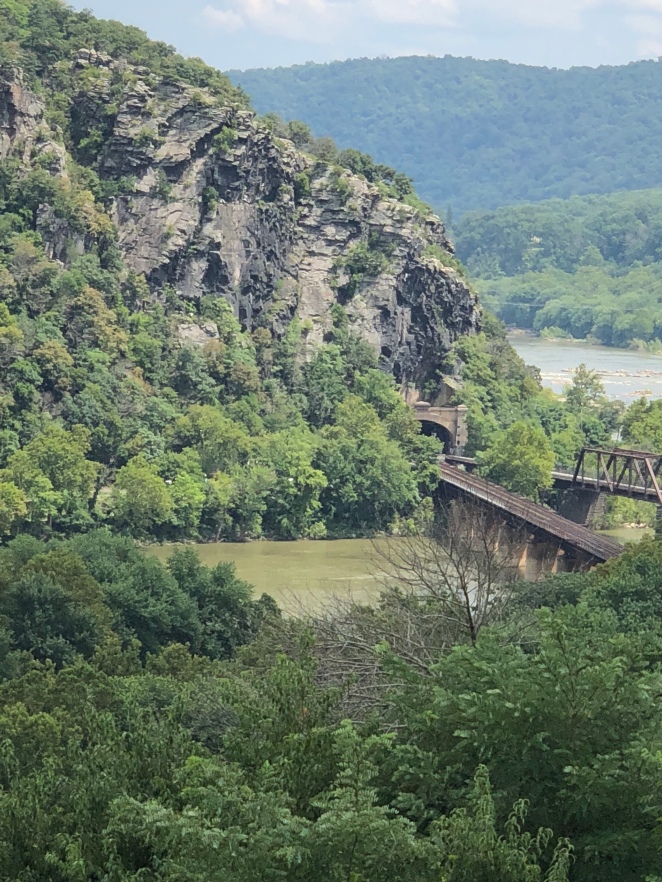 So, no- the rest/slack days have turned out to be for just one thing: Just in case.

Just in case the weather turns bad. Just in case I have a mechanical problem or hurt myself in a way that takes several hours of time that otherwise would be spent riding to deal with. Just in case whatever happens that puts me off my schedule. My trips are planned in a lot of detail and I do my best to keep to the plan. I always assume, though, that if I can’t I have this bank of rest/slack days that will let me get back on it.

And it’s worked. The photo immediately above is of me leaving an impromptu cyclist’s hostel offered by the town of Collinwood, Tennessee this spring after I stayed there an unplanned day because a freak cold front brought freezing temperatures and sleet when the weather should have been much warmer. Later in that ride a tornado delayed me in Jackson, Mississippi. I burned two of the three rest/slack days I had included in the schedule, but still was able to get back on it without much disruption at all.

It turns out that I haven’t “needed” probably 95% of the rest/slack days I’ve planned. On the other hand, they’ve always been there when I’ve needed them. And that’s been a good thing.