When I was a kid growing up in the Chicago suburbs in the late 1950s and 60s, I could think of no place on earth that held the same allure for me as the southern Florida coast.  Place names like Palm Beach, Fort Lauderdale and Miami Beach were inflated in my mind to the status of tropical oases, with limpid blue water coming ashore onto endless beaches of dazzling white sand.  If you were really cool you got to live on a boat, like the guys on Surfside 6.  Plus, we Chicagoans had a direct connection to the area.

Yeah, turn right on to good old Lake Shore Drive  out there at the end of the US 34-US 66 duplex just past Buckingham Fountain and drive.  The spitting snow and sullen gray shores of Lake Michigan would then, as if by magic and a couple of tanks of gas, be transformed to the balmy breezes and endless sunny horizons of the Atlantic Ocean.  And 41 would have transported you all the way in between.

The reality, as I’ve come to learn, is quite a bit different.  Carl Hiaasen’s take on south Florida these days certainly appears to be the more accurate one, at least based on what I’ve seen during my ride so far.

But rather than say I was misinformed, better to hold on to the notion that, if I had only been here a little over 50 years ago, it would have been the way that I then believed it to be.  And so that’s what I’ll do.  See you in the Boom-Boom Room.

Today I’ll ride most of the way through Fort Lauderdale, and tomorrow Miami Beach and Miami. 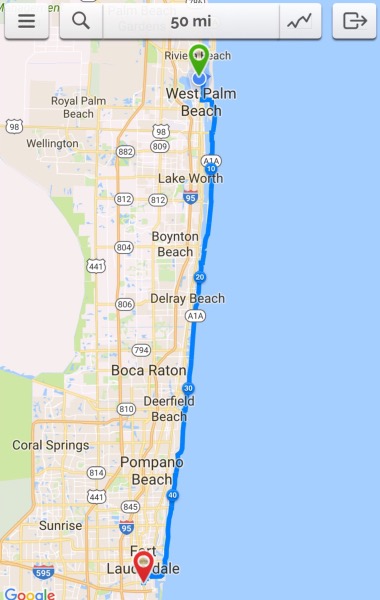 The threat of drizzle remains in the forecast, but all I felt yesterday was a couple of drops that could have been stray ocean spray, for all I knew.

The new wheel is performing, well… like a bike wheel is supposed to perform.  The bike shop only had black to work with, which allows me to now easily tell which end of the bike is which.

Oh well, this ride has never been about appearances in any event.

Frank and I met up tonight for dinner at a restaurant in Cape May, New Jersey.

My friend drove down from his home near Philadelphia and we spent a great evening chatting about our mutual love of epic outdoor adventure and the challenges presented by stuff like bad knees, issues with vision and the changes in general that go with being in your 60s.  I can assure you, though, that there was no whining.

I owe Frank a big meal at a nice restaurant someday, and hope he can make it up to Alaska to collect on that debt there.  I’d like to think that I could show him even half the good time that we had tonight. 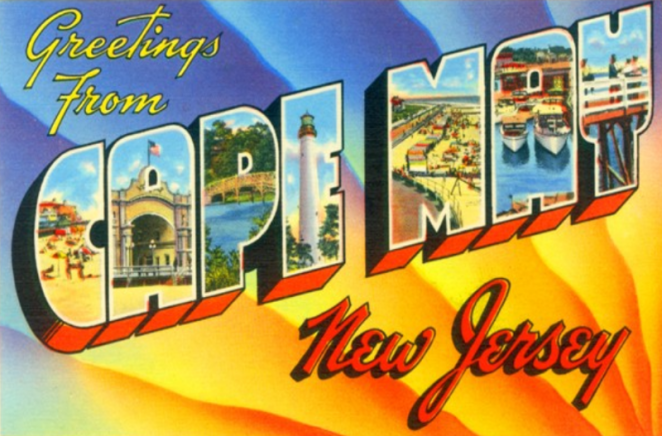 You’ve  probably noticed that my posting here has been a little light the last couple of days. I was very up on Monday over the results of my weigh-in that day, but the failure to arrive of the meds I needed in order to be able to take off from Halifax really had begun to pull me back down.  I had begun to feel like August was completely slipping away,  and… enough of that.

In short, just before lunchtime some welcome newes finally showed up on the USPS tracking site.

An hour later, and the last obstacle to me and heading south was in my hand. 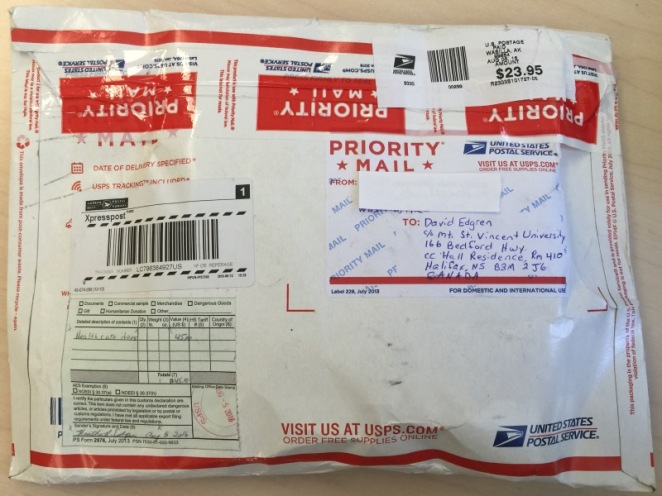 I could ask “Whose priority?” but that would be snarky and completely out of keeping with my celebratory mood.  I’ll post some info about tomorrow’s ride later on and then head for bed early, as I’m planning a 7:00 a.m. start.