No Ferry for You!

Well, it looks like my ferry ride from Boston Harbor to Provincetown at the tip of Cape Cod is going to turn into a bus ride.  There are 9-10 foot/~3 meter seas later today due to the high winds in the area and that is apparently too rough for the ferry.  The company is substituting a bus, which I am told will accept my bike and panniers.

So I’m disappointed.  I had looked forward to seeing Boston from out on the water, but that’s just not going to happen, I guess.  The day will still be a good one- I’m getting together with some friends when I arrive at the ferry terminal, which will be a treat.

Concern has been expressed about my riding in downtown Boston.  Here’s my route. 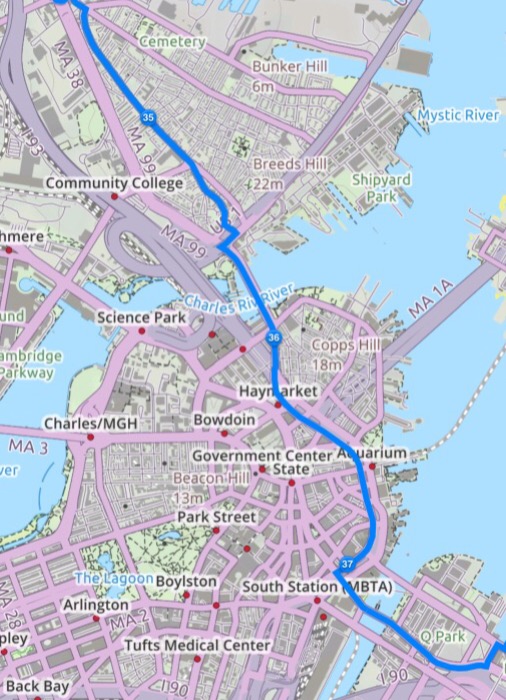 I am riding across the city on the “cover” that they built over the Big Dig- the former I-93 Central Artery.  I rode on it in May on one of the city’s rent-a-bikes, and have no qualms based on that experience.  So, film at 11.