Yesterday was one of the nicest ride days of the trip.  I did a little over 60 miles/100 kilometers. 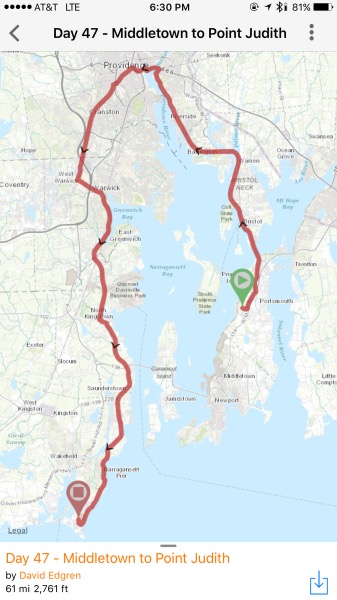 It wasn’t any particular thing that made it so nice- actually it was mostly cloudy and breezy for much of the day.  But there were interesting bridges

and some nifty urban riding in Providence.

Then there was a great run down the coast opposite Newport to Point Judith, where I stayed last night at an excellent state campground.  The Atlantic Ocean beaches were magnificent. 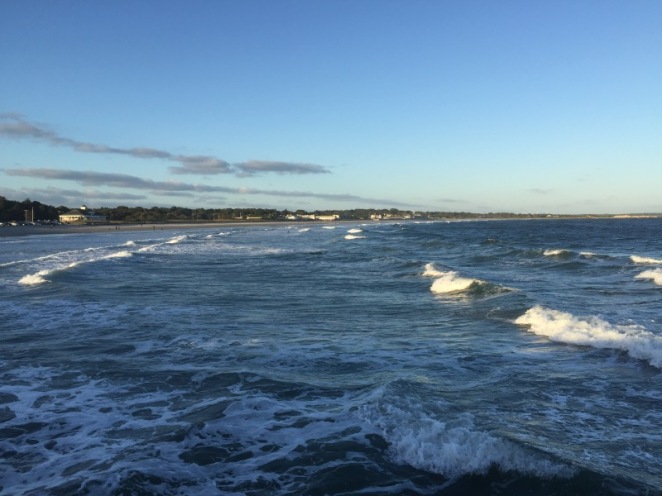 And I’ll admit it- I was bad.   I rewarded my effort with a nice pizza. 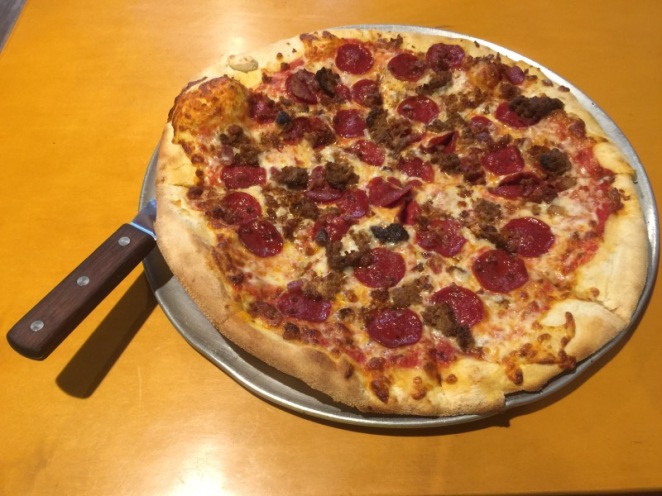 We’ll see how that affects the next weigh-in.

Today I’ll continue along the coast into Connecticut, where I hope to have a late lunch with a friend in Groton.  I’ll then catch a ferry in New London to Orient Point on Long Island.  A busy day, but it’s sunny and the wind is with me this morning.