The Outer Banks, Day One

This morning’s ride put me back across the Currituck Sound at Powell’s Point, which is well-nigh unrecognizeable to me as the building of the second US 158 bridge span changed everything since I was last across here. 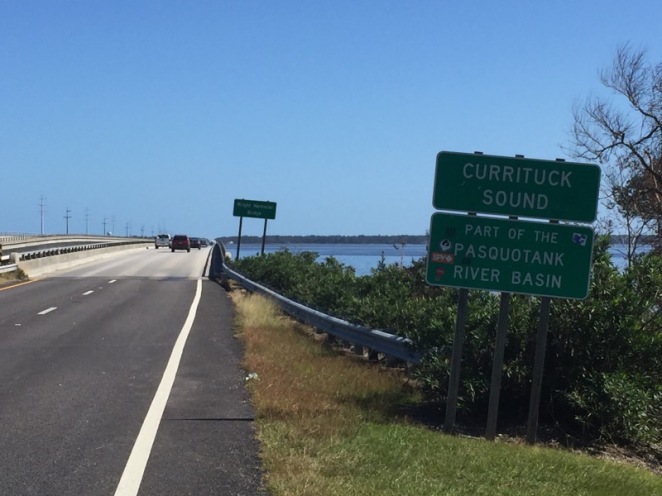 There used to be a marina and gas station here that I recall stopping at several times on frequent trips to the area when I lived in Southside Virginia in the 1980s.  Other than that, though, things along 158 seemed familiar and still retained an almost indescribable laid-back kind of atmosphere.  I really enjoyed this part of the ride.

Once across the sound, I was back on the Outer Banks- OBX to more than a few. 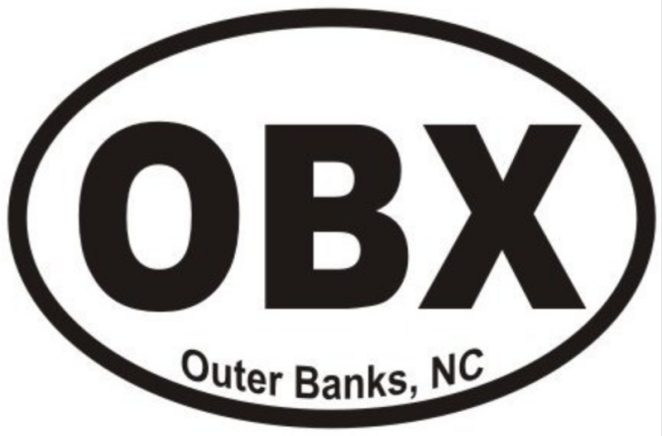 It seems like in years past I always found myself hurrying through the string of towns before you enter the National Seashore area, which begins south of Nags Head and extends, except for a couple of villages, for about 75 miles/120 km of a narrow strip of dunes traversed by NC 12’s two lanes of blacktop. 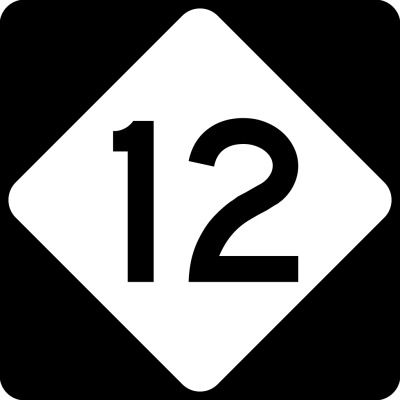 As a result I had never stopped at the Weight Brothers National Memorial despite passing right by it driving through the village of Kill Devil Hills many, many times. 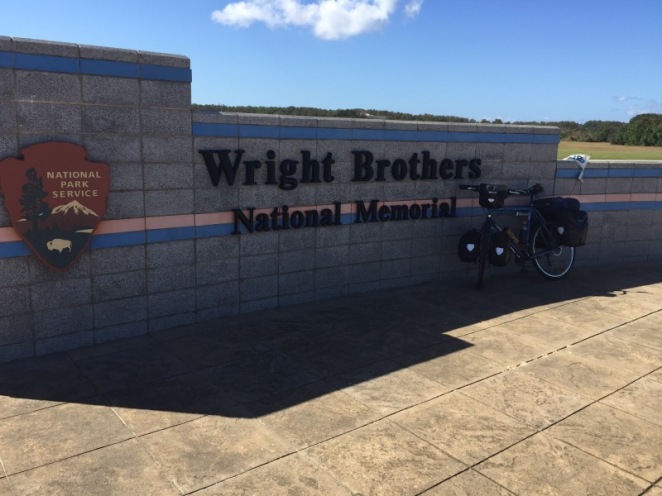 Today I finally did that, and enjoyed circling on my bicycle the tall monument erected on a great sand dune to honor the nation’s pioneering aviators. 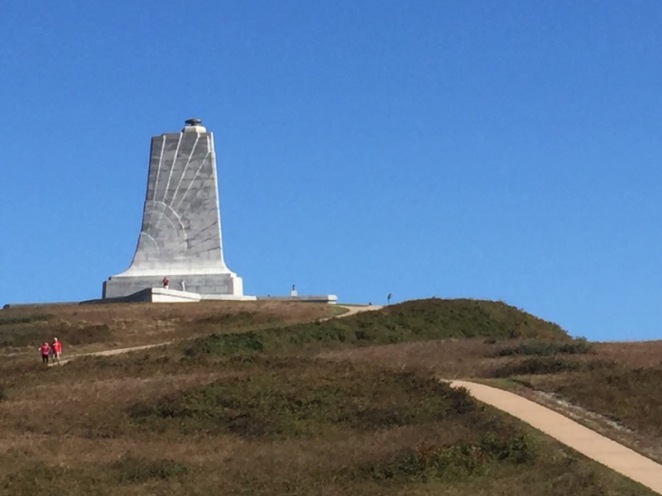 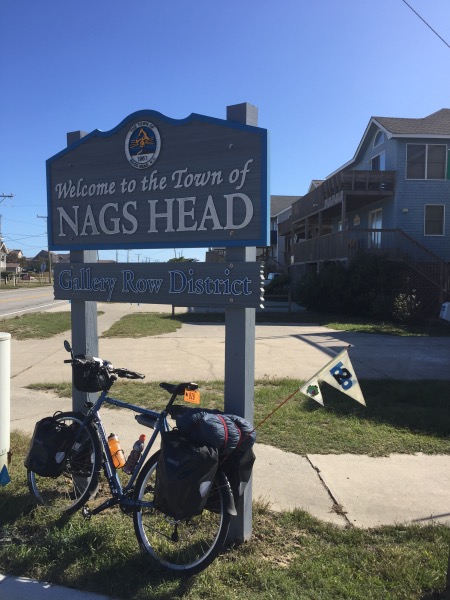 and on into the National Seashore. 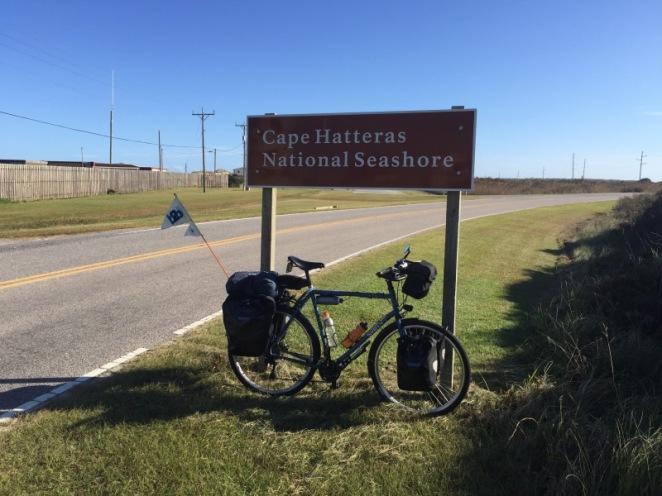 I reached Oregon Inlet NPS Campground a half an hour south of Nags Head, and I’ll sleep there tonight with the surf pounding the sandy shore just a short distance away. 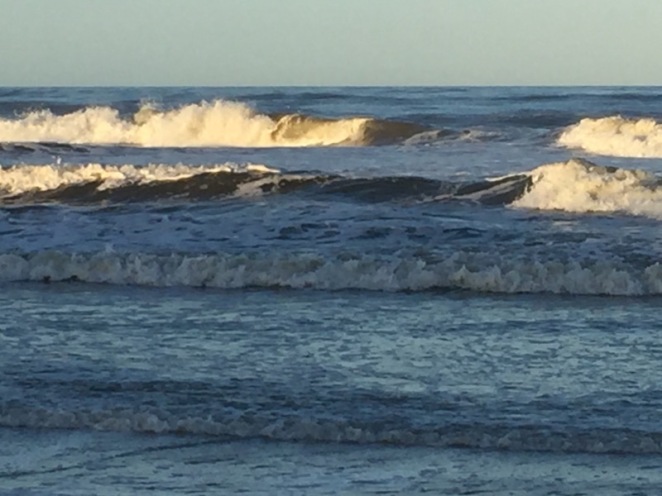