My internet connectivity at my nightly stops when camping is on and off.  The last couple of nights have been the “off” end of the equation. But I did weigh in on Monday while I was in Myrtle Beach and found that, while the scale measured a few pounds more than the previous week, I was still solidly in the 290s. My feeling is that last week’s weight, while a wondrous thing to behold, might have been helped a bit by a not very accurately zeroed scale. 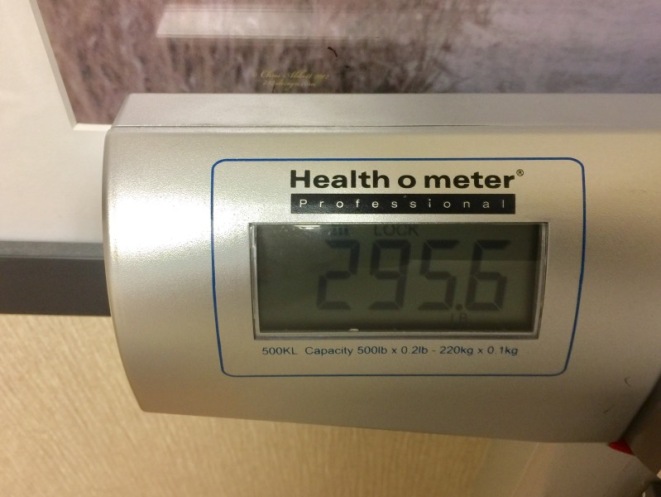 There’s two weigh-ins left before I get to Key West.  I’ll also do a final “close the record” from there even though it will be a Thursday.  Any predictions as to what my weight will be on November 10th?  I’ll go out on a limb and say 283.8 pounds/128.7 kilograms.